How Canada Child Benefit Will Pay Dividends For My Daughter’s Entire Life. 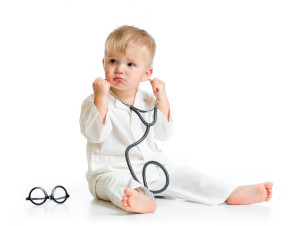 I’d like to begin by thanking our Prime Minister Justin Trudeau for thinking outside the box for ways to help our children succeed in the 21st century.

Rather than continue rehashing 20th century government programs for children in the 21st century. Our Prime Minister a parent of children aged 6 and 8 and former teacher understood this is a global world and our kids need a global education. He understands that for our children to succeed in the 21st century they’re options of where to study, what to study and how to study can’t be limited by government rules in ancient government education savings programs for a world that no longer applies.

To learn more about how the Canada Child Benefit will make a difference for your family, click on this video.

Our new and young Prime Minister understands parents today want to help their children succeed no matter what path their child chooses and any cash or savings programs from our government for our children’s future must be flexible and available without restrictions or strings attached. That’s why they created the Canada Child Benefit to give parents the cash without restrictions on the best way to help their children rather than continue to support an outdated program called the Registered Education Savings Plan.

Whenever I ask my friends what were you told is an RESP, they always answer, “well I was told it’s for my child’s education and that the government gives me some money towards it”. Other than that majority of my friends who recently became parents weren’t told that it is not a savings account but a government program with strict rules administered by the Canada Revenue Agency bureaucrats in Ottawa on where their child can go to school, what they can study and how the money they saved for their children’s future can be used. In addition I learned none of them were told of the consequences if their child who is now only two, got scholarships or decided to follow a different path than going straight to university.

As a parent of two young children, our Prime Minister Trudeau knows that when his children are 18 he has no idea right now what they will want to do in life. What university or education program they will want to study. Will they want to go straight to university or will they want to pursue a trade at a local college or travel for a few years first.

I believe that was the reason the government created the Canada Child Benefit program and not to simply rehash the RESP (Registered Education Savings Program) and increase the matching grants. If that was their goal then based on the cost of post secondary education for kids born today they will have to raise the education matching grants to from $500 today for a $2,500 contribution annually to $2,500 matching grant annually on $5,000 contribution per year to age of 17 since the cost will be over $130,000 for a four year degree in 2030 according to all financial institutions.

To be fair, the RESP was needed when it was first created in 1972 when most young people after high school went straight to university and worked locally after graduation in a company for life and when the cost of a four year degree cost about $1,000 per year and was manageable.

Since the launch of the matching grants in 1998, the RESP was promoted by all banks and financial advisors as a way to save for their children’s future education and had a sweetener in the form of a matching grant by the government. But what parents weren’t told was that the total grant they would receive would be capped at $7,200 if they deposited $36,000 by the time their child turned 17 and the rest would be up to the stock market. Parents weren’t told that if their child chose a path not approved by CRA or skip university all together they would have to close the account and return the matching grants given to them, even if their financial advisor lost the money on the stock market.

It was these rules that caused me to look for an alternative to the RESP. I found my alternative in a Participating Whole Life Insurance plan. That’s right, a life insurance plan, which if my child qualifies she will receive a tax free annual dividend for her entire life and which gave her the freedom to go to any university or education program around the world and not only those approved in Ottawa. If there was money left over after her schooling or if she chose a different path, she could use the cash towards the purchase of her first home, start her own company, educate her future children or for any financial need in life.

Every time I was asked by parents both well off and average, why didn’t we know this existed, I said “RESP”. Once the government launched the RESP and gave parents grants in 1998, the financial industry in Canada stopped educating parents on this plan which had been used by Canadian parents since 1847 as a way to save for their children’s education and future and none of the plans ever missed an annual dividend payment.

From this I started insuranceforchildren.ca, as a way to help families help their children follow their dreams.

Today’s parents want flexibility and freedom to support their children’s dreams no matter what they may be. They want to save for their children’s future with the understanding that this is a global world and the education they will receive could be in another country or a program for a new industry not yet invented.

With Child Plan™, which is what I named our program, my child has freedom to follow her dreams and with the help of the Canada Child Benefit, I can use those tax free unrestricted funds to invest in her future. So now, thanks to our smart and young Prime Minister, I’m using tax free, no strings cash to build a tax free no strings investment which I can transfer tax free to my child any time in life to help her follow whatever dreams she has.

If you’d like to learn more, we are there to educate educate parents on how to build a financial plan for their children’s future so they can follow their dreams.

Insuranceforchildren.ca is Canada leader in financial planning for children. We provide personalized solutions and advice to help parents build the secure future their children deserve.