Parents have started to realize that the RESP is not the solution to their children’s education costs but may be the beginning of their problems.

For over 20 years the banks, group RESP companies, and governments have promoted to new parents that the RESP is the only solution to saving for their children’s education, yet;

How is this possible when the average tuition in Canada is $8000 per year? Parents have been told by bank sales advisors and group RESP companies that if they open an RESP this would solve all their problems of their kids’ education costs. With all the free government money their kids will have plenty of money to pay for their education.

20 years later, parents are now waking up to the brutal reality that the RESP wasn’t going to save their kids from being drowned in debt by banks and government loans. 21-year-old children today are graduating with massive amounts of student (personal) debt which will take them up to 10 years to pay off according to a BDO study which then will delay all the milestones of life.

Because of this reality, in a recent survey conducted by IPSOS REID on behalf of all companies a group RESP company, 68% of parents said they would have saved differently for their children’s education. 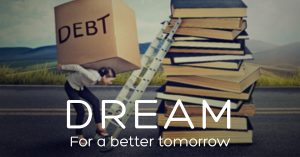 The question now facing those very same students are paying off their student debt while starting new families is: “Do I want our kids to be drowning in debt as well when they finish college like we did?”

Will the RESP save kids from drowning in debt when they graduate?

Parents should start researching and learning today what are their options when saving for not only their children’s education but also for their life, so they don’t spend the first ten years of adulthood paying mortgage-sized bank and government loans.

This is a continuing series from insuranceforchildren on financial planning for children. Child Plan participating whole life plan is a tax-free secure investment which can be opened by parents and grandparents to help children follow their dreams and start life debt free.