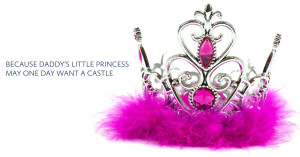 I recently went to an open house with my wife to look at what $1 million would buy today.

What I saw made me seriously concerned about our daughter’s future. A four-bedroom house with two bathrooms in Markham was listed for $1,098,000. The couple who buys this house will need at least $250,000 to close the purchase if they want to avoid paying the bank an additional 1.5% of the total mortgage for mortgage insurance (CMHC). And all of this is assuming the price won’t be bid up to $1.2M during the bidding.

That’s when it dawned on me. While I’ve dutifully saved for my child’s postsecondary education, I neglected the one investment that would be more important than her education to provide her with a secure financial future. Her own home. I’m not denouncing or intimating the need for her to have a good education to have a successful career. I’m simply looking at which one of these milestones will be more important for her financial future.

So now comes my dilemma…

Is it more essential for my child’s financial future that I save for her education, or for the down payment on her first home?

If I think the answer is her education, then the math is simple. I set aside $200 per month in an RESP—as 48.5% of all parents do—until she’s 16. For my contribution, I’ll get a matching government grant of 20% to an annual maximum $500 and a lifetime maximum RESP matching grant of $7,200 to help her offset the costs of an education that will cost over $100,000. Alternatively, if I believe a house would be of greater benefit to her in the future, I will help her apply for a multitude of grants and scholarships from universities or get very generous OSAP loans, which are interest and payment free until 6 months after she finishes university.

If my daughter shares circumstances with the countless of other graduates, she may well be underemployed for the first several years after graduation and may very well earn less than $25,000 per year. If that’s the case, then under the new measure recently introduced by the Government of Canada she won’t have to repay her student loans at all until her income climbs above $25,000.

That’s right: you’re not imagining it.

As of November 1, 2016, the Federal Government passed a measure that will allow student loan repayments to be suspended if our adult children earn less than $25,000 per year. When my daughter does cross that milestone, then her payments will be linked to her income.

The cost of her future home, based on today’s median price, will be $1.85 million.

My daughter and her future spouse/partner will need $360,000 just to purchase the home and secure a regular mortgage.

So, what’s the best way to plan for my daughter’s financial future?

I will encourage my daughter to pursue postsecondary education. I will help her find every way conceivable to finance that education. And I will research every financial assistance plan available.

Because both the provincial and federal governments across Canada have and are creating dozens of programs to help our children pay for university. At the same time, there are no programs available for my child to save for her first home, other than the “bank of mom and dad”.

My plan was simple. When my daughter was 9 months old I started investing for her future with the down payment on her first home as my goal. By the time she’s 35, I will have a plan that will have almost $200,000 of cash value, which I can give her (completely tax-free) to use for her first down payment.

The harsh reality is: the only way she will ever be able to own a home is by praying we don’t sell ours.

My daughter, like many other millenial children today, will either ask me to help with the cost of the first home or will expect to inherit ours. The sad reality for my child if I don’t do this plan is at only 7 years old, her financial future is dependent on whether or not my wife and I have enough financial assets for our retirement so that we won’t need to sell our home in order to afford our lifestyle after we stop working.

This post is part of an ongoing series of articles aimed at helping parents think outside-the-box when it comes to planning for their children’s financial future.

Michael Lampel is President of insuranceforchildren, Canada’s leading provider of financial planning for children and creator of Child Plan™ Canada’s fastest growing alternative to RESP and the only tax-free investment parents and grandparents can open for their children and grandchildren in Canada.

Child Plan™ is Canada’s fastest growing alternative to RESP. It’s a secure and flexible way to invest in your child’s future.